A click and a whir echoed through the room as the last piece fell into place, life thrummed into the hulk of scraps the craftsman had painstakingly cobbled together with care.

He stepped back and surveyed his masterpiece. One by one as each part and each limb was innervated with energy, the robot hauled itself out of its seat and opened its eyes.

With great care, the craftsman reached for the jacket he left beside him and clothed his creation. “At long last, after all my preparation for you – you are here my friend,” he beamed. The robot blinked once, twice and with a mechanical flourish he looked upon the gift he had received. He returned his eyes to the craftsman.

“I’ve made you like me. You are wonderful to me,” he continued, “I have so much to give you yet; I will give you senses you cannot begin to comprehend.” For his friend could not smell the fresh fragrance of a rose nor feel the tenderness of a caring hand.

With joy the creation reached out and grabbed his makers hands and they danced on the creaking floor of the dusty workshop.

Every new day for the robot was a celebration, and he delighted in the sounds and sights of his world. He brought back a rock to the craftsman, a wrench, a twig. It was new and wonderful and he had to share it with someone to love it even more. 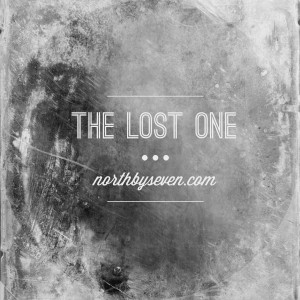 The robot spent time wondering what the warmth of sunshine felt like; what the flowers he passed, and what the old leather jacket he wore smelled like. He wondered why people he passed would hold hands when they walked, and why they could remain so silent with such thrilling things around to be seen.

The craftsman enthusiastically welcomed each discovery and enjoyed watching his creation flourish. He only gave him one rule; one warning, “Do not go where the shadows are, friend. Stay in the light always.” Each day the sun shone on new discoveries that captivated the machine as much as the day before.

His adventures to discover led him further and further from home each day, and he saw more and more as his mechanical feet meandered mile after mile. Always he returned to the craftsman’s home and brought back new discoveries and shared questions while he plugged in to charge up again for a new day.

One day his adventures led him past a street the craftsman had warned him of. It was dark and mysterious and from where he clanked to a halt, many sights he had not seen before teased him with alluring visions vaguely concealed in the shadows.

He wanted a closer look, and ventured in only one foot at a time. He discovered a rock like he had never seen before, and stuffed it into his knapsack. A coin dazzled his eye, and he lurched forward again. A strange noise found its way to his ears and he clicked and whirred forward further.

A rope landed around him limply, draping awkwardly over his shoulder and sliding down into the crook of his arm. Perplexed by the odd happening, he grabbed the loose loop to look more closely. As he did so, with dull thuds a second loop and a third beset him. That strange noise drifted to his ears once more; closer this time.

He tried to turn to find its source and as he did, the ropes cinched tight and his legs and arms refused their commands to move. This too was new, as was the strange feeling that blared through all this pistons and programs. With a terrible crash like a hammer striking a cooking pot, he fell to the cobblestone street.

The excitement was all too much; it struck him far too fast. It was incredibly uncomfortably. For the first time in his existence, he felt fear as the momentarily forgotten fervent warning the craftsman had uttered resurfaced from the back of his mind.

The form of a man loomed over him, blocking what little sun made it into this alley with his gruesome girth. The voice he gleefully muttered to himself with was harsh and raspy, and decidedly unfriendly.

With a twist and a tug, the thug dragged him further into the shadows and into a dank, musty shack. Absently, the robot wondered what the stones scuffing him felt like and what the decrepit home smelled like. It was all too much for him.

Weeks passed, and questions like this faded as he was put to work by his new master. Soon, little that he saw sparked the slightest surge of wonder in him; the wonder of life drained and ebbed with each banal task the brute beset upon him. He missed the craftsman. The roughshod cobble floor of the shack wore ruts into his scuffed metal feet.

What memories the machine had of the craftsmen began to fade, blur and cruelly morph with the brute who enslaved him. It seemed his creator had forgotten about him. It seemed he was left alone, unable to overcome this wretched hole despised by the sunlight.

One day however, while mindlessly cleaning the windows, a familiar face appeared as the soot was smeared away. His thoughts clanked to a halt as he frantically tried to place those familiar features in memory. Dazed as he was, the owner of that face barged into the front door without a moment’s hesitation and hollered with triumphant shouts of joy.

Stirred by the commotion, the bold brute bounded down the rickety stairs to the front door, and bewilderingly stared into the eyes of the craftsmen.

“Name your price. Everything I’ve got; this is my creation, and nothing I own compares to him,” the craftsman stated with supreme assurance. The brute licked his lips at the prospect, for the craftsman was the wealthiest of the inhabitants in town and held in good respect by all. This would be gain, he reasoned within, as his mind preened with prospective plans and devious thoughts. A hard bargain was drawn — consenting robbery by anyone’s standards — as the craftsman exchanged payment with the dishonest taskmaster.

Laying his eyes tenderly upon his prized creation, he opened his mouth to speak. “High and low I searched for you, day and night I never gave up. You were lost, well gone and lost, and now I have found you again. I made you like me; your will is free and indeed now you are free from this slavery too. I have owned you twice now. Once, I made you. Twice, I bought you. I have paid the price in full, but if you would like to stay here, I will not force you.”

Silently, the robot pondered those words, and memories swirled within. Sights and sounds came to him, and curious thoughts of unknown things like touch and taste that he had only heard of and seen before. His mechanical, two-cylinder heart revved faster within and as life thrummed happily within once again, with a click and a whir, he reached out and took his maker’s hands.